Two months ago I settled into a $550 USD 2-bedroom apartment in Tay Ho, Hanoi. The Tay Ho District is often referred to by its English-language name, ‘West Lake’, due to the large number of expats that live in the area. Yes, I’m living in the expat hotspot of Hanoi, an idea I was initially resistant too while living in Australia. I was convinced I’d end up living in a district not yet overridden by tourists and expats, somewhere like Long Bien or Ba Dinh where one can observe Vietnamese life while still living close enough to the action.

Staying at an Airbnb in Hai Ba Trung

Directed by my desire to live in an authentic Vietnamese neighborhood, Tim and I initially moved into a small studio apartment in Hai Ba Trung (wildly overpriced at $500 USD a month). The culture shock I experienced on my first day was real. The grubby yet vibrant alley we found ourselves living in was overflowing with street food vendors and Bánh mì sellers, not to forget the two to three pharmacies located not even a stone’s throw away from each other. The sights and sounds were as overwhelming as they were bewitching. I was observing a level of intensity to living that I’d never witnessed before.

After eating my first real ‘street food’ meal with Tim (the name of which alludes me), we walked back down the alley to our Airbnb, my eyes still wide with wonder. Arriving at the front gate, we heard a rustle in the bushes near a collection of potted trees and plants. Thinking it was the neighborhood cat we saw earlier, we rushed in to investigate. I screamed when some kind of small animal that was definitely not a cat launched itself from the branches of the small tree and scurried into the darkness. It was the hugest rat I’d ever seen! Tim couldn’t help but laugh at my startled face as we quickly closed the gate behind us.

Some photos from my first week in Hanoi

The buzzing excitement of arriving in Hanoi (and observing my first rat up close and personal) was soon replaced by fatigue, either brought on by jet lag or food poisoning I will never know. Falling asleep that first night, I could not help but question my sanity. Chaotic Hanoi was the city I had expected, but still, the never-ending frenzy of motorbike traffic was a bewildering puzzle I couldn’t even begin to decipher. And why the energetic beeping so late at night??

I’m not going to say I didn’t enjoy my first month in Hanoi, but I certainly felt a little alienated and alone. Too sick to go touring on my own, and with Tim at work most days, my first few weeks in Hanoi flew by in an electrolyte and pro-biotic haze. For an entire week, I saw not a single foreigner. By the time I had the courage to go outside, I could only venture as far as the main street before nausea took over. My heart and mind craved even one glimpse of a familiar, friendly face, not the unabashed stares of the locals.

One day, I drifted into one of the many pharmacies on my street to get some much-needed electrolytes. To my surprise, the lady at the counter refused to serve me, even after I showed her a picture of the product I needed. She almost completely averted her gaze as she waved me away from the store. With eyes stinging, I stumbled back to the Airbnb covered in a shroud of bitter failure. When Tim finally came home, I sent him on a mission to fetch me some much-needed electrolytes before I passed out completely. One thing I knew, we wouldn’t be getting an apartment in Hai Ba Trung. 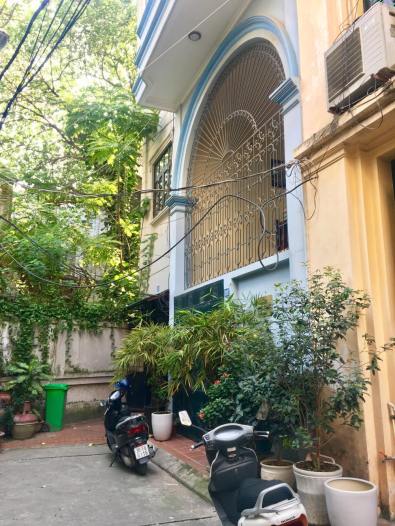 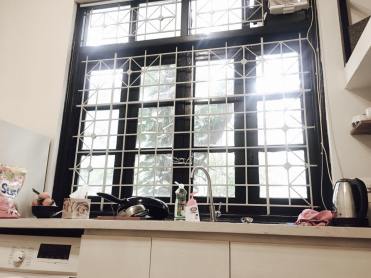 Finding an Apartment in Hanoi, Vietnam

At the beginning of December, the accommodation situation worsened when we encountered trouble trying to find a new place to stay. Tim and I had viewed a number of apartments by that stage, but each place we inspected fell short of our expectations. One unfurnished apartment we went to see in Long Bien was missing its air conditioning units and had mold on the walls (and this was in December, not moldy March!) It was so filthy from the previous tenant, that you couldn’t even see the original surface of the bathroom vanity. Another one-bedroom apartment on Xuan Dieu street with promising photos smelled like a college dorm room and had grotty roof tiles for a ceiling (the kind you find in office buildings).

Switching tactics, we decided to up our budget and view a one-bedroom apartment nearer to Quang An, my dream location. Unfortunately, despite the resplendence of its shiny newness, it had some rather regrettable features. Hidden within the twist and turns of a creepy alley, the apartment turned out to be a studio (Tim could have sworn it was a one-bedder in the photos) with the smallest kitchen I’d ever seen, no oven in sight. The pièce de résistance? The solitary window facing the unpainted cement wall of the house next door.

Only one week before we were to be kicked out of our Airbnb, and with the aid of either some good karma or magic, we found an acceptable listing for an apartment in Quang An, Tay Ho. Unbelievably, the apartment was just within our price range (Tim might say slightly out of it…), and best of all it was pet-friendly, had oodles of light, an oven (a MIRACLE), and 2-bedrooms. I practically choked on my Trung Nguyen 2 in 1 coffee when I found the listing, and hurriedly organized an inspection. It felt like serendipity when the current tenant informed me that the apartment would be available for us to move in the day before we would be required to move out of the Airbnb. I could have cried I was so relieved. 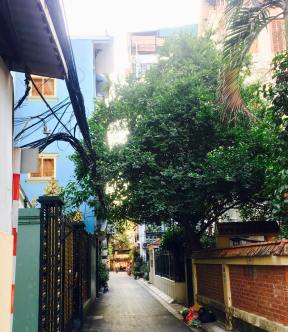 The area near my potential new apartment

The next day, I took a grab bike to Quang An one hour before the inspection and took a walk down Xuan Dieu street. Glittering fairy lights and views of the lake had me smiling like a regular tourist. While I still received the occasional lingering stares from the locals, most were fleeting, uninterested glances. Buoyed with a new sense of freedom and anonymity, I did a bit of exploring along the lake and found a hidden side street that brought me to the picturesque alley where my future apartment was located. I’d never seen such a charmingly pretty street in Hanoi, didn’t even know they existed until that moment. Even the rubbish was piled into neat little bags. The vibrant, bustling city that had initially so terrified me, finally began to soften around the edges.

Walking into the (fully furnished) Quang An apartment was like coming home. In a confusing 180 of the previous viewings, the photos simply didn’t do the apartment justice. The large windows and glass door in the living room opened up to your own private balcony with a view fringed by trees – green and calming in the sunlight. A huge mirror in the dining room further encouraged a sense of space and serenity. The main bedroom had a king bed and so much light it took my breath away. Knowing there was a cat or two hiding under the bed only further convinced me that this was the place I needed to be. I could feel it in my bones. And most importantly, we didn’t have any more time to find something cheaper.

You may not be surprised to hear that I told the current tenant on the spot that we would take the apartment. I would have the deposit ready by the weekend. Now I only had to convince my un-suspecting boyfriend that our apartment search was over, done and dusted. Thankfully, Tim is the exceedingly patient one in our relationship, and during our second viewing of the Quang An apartment, he gave his blessings and remarked that the place “reminded him of my house back in Australia.” And he was right. Somehow, I’d found a tiny piece of Milly in Hanoi. 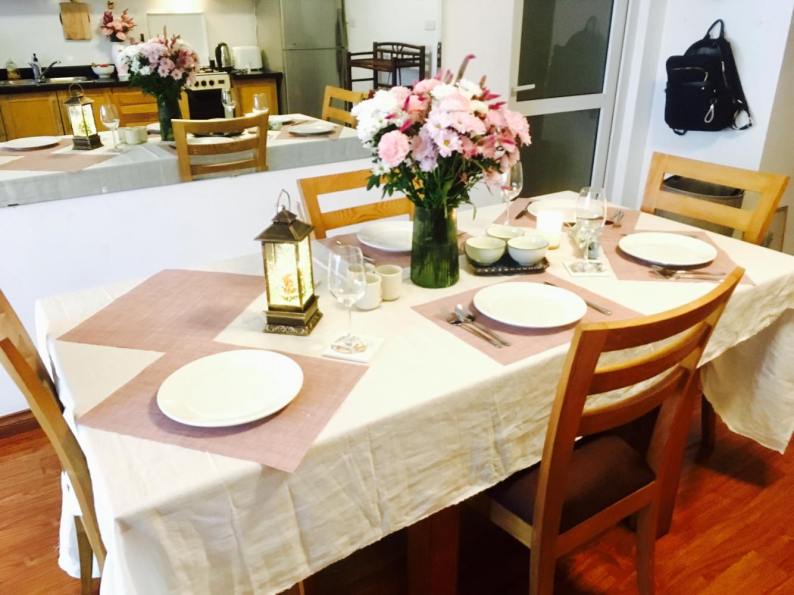 The apartment I now call home