I haven’t mentioned my novel much here on WP (as in actual specifics), so I thought it was about time.

My WIP is potentially either a sweet paranormal romance or a young adult fantasy novel. I’m hoping my beta reader can help me figure this out. My WIP is currently at 65k words, I was hoping for 70k, but I think it’s about done.

I still can’t believe I’ve finally finished editing (mostly)! I left it for a month after finishing the first draft, and finally made myself sit down and have a good edit. It’s been a hectic few weeks, which most of you would understand. As I’m a mad pantser, my novel was full of plot holes, weird deviations, messy grammar and obvious spelling mistakes. Patching up my plot holes was only a half-successful exercise, so I’m about to send my second draft off to my aunt/editor!!

Thank god it won’t be me.

The current title of my novel is “Under a Different Sky”. It could change, but I’ve already had a few titles and this one was voted best for luring in unsuspecting non-fantasy readers (apparently). I had originally titled my novel ‘The Changeling’, but decided against it when a few friends told me it was “too sci-fi”.

I’ve gone through about 3-4 different covers, and this one was voted best. There won’t be any lines in the final copy, but they’re there as I haven’t bought the images yet. 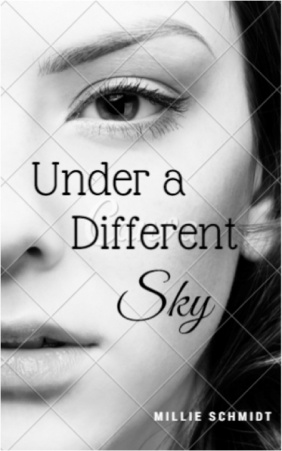 On my beta reader

I FINALLY have a beta reader lined up. It’s actually one of my old college friends who does a ton of reading despite being an opera singer and a lawyer, so I’m pretty stoked to find such an accomplished guy who’s willing to read and critique (kindly) my novel!

I decided long ago that I wasn’t going to send my manuscript off to any publishers. It was actually this decision that spurred me on to finish this novel in the first place. Knowing I could self-publish when I was ready has been the greatest motivator of all time (for me). I’ve never worked harder, or completed more words a day, then when I realised I could self-publish.

Putting all that aside, there’s a particular publisher that I’ve been keeping my eye on, and I’ve decided to submit my manuscript to them to see what they think. I don’t think my first one is quite up to scratch, but I have to try anyway. When/if it’s rejected I’ll begin the self-publishing process. Source: photo by me from arakoon, south west rocks (best place on earth)

So that’s my progress so far! I’ll let you know what my editor thinks. She’ll probably take a chainsaw to it, but hopefully she thinks it’s OK enough to stand on its own two legs without too many revisions. If she thinks too much needs to be changed (a.k.a it’s crap) I’ll self-publish it anyway.